Recently, I attended the graduation of my daughter, Anna, in Florida where she received her master’s degree. We cheered furiously when she crossed the stage, early in the ceremony, and received her degree. Then I had plenty of time to think as the ceremony went on.

I looked out over the arena floor where sat 5,700 young men and women in caps and gowns. 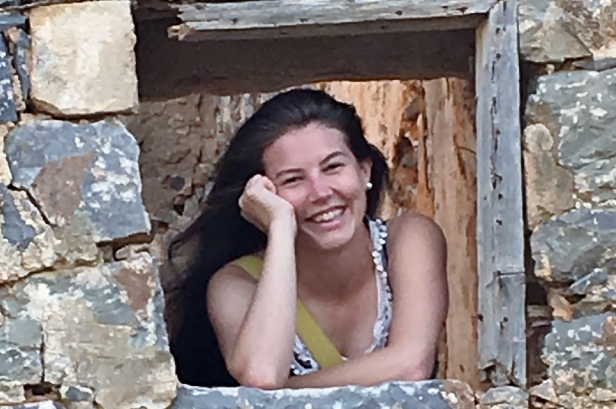 There were students of all ages – Anna, approaching 30, was among the older graduates. The graduates came from various backgrounds and a range of economic classes. Some wore traditional, formal dress clothes under their gowns while many others are relaxed and dressed casually. Many struck a pose or made personal statement with a prop or mortar-board sign during their brief time on stage.

I studied their faces. Most were joyous. A few bored. And others clearly were nervous.

As the commencement speaker talked about their futures, I couldn’t help think about their pasts. I marveled at the enormity of the journey they and their parents had taken to reach this milestone of college graduation and I wondered if they truly understood the significance. 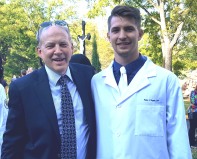 Of course, I thought about Anna and my boys, Peter and Ben, who are still working on college degrees. Do they appreciate what they’ve accomplished just getting accepted into a university and getting the opportunity to earn an advanced degree? Do they know how proud I am of them?

I worry that the day-to-day grind of homework, chores, achievements and disappointments, rewards and punishments often overshadows the bigger picture of their lives.

We probably don’t remind them, and ourselves, often enough that each of them entered this world as tiny bundles of joy. Each was welcomed like a gift, shown off with pride, announced with great fanfare to grandparents, aunts, uncles and friends.

They were tiny, helpless little squirming people with big eyes who were completely at the mercy of the world, wrapped in the arms of mothers and fathers whose lives changed the moment they drew a breath and whose hearts melted with each infant coo.

They became the center of the universe for their parents, who fed, bathed and swaddled them, held them tight with a vow to protect and defend and nurture them the rest of their lives.

And with each hug, we wrapped up in our children our own hopes and dreams for them.

As I looked into those big eyes, my mind raced as I imagined what these babies would become: world-beaters, titans of industry, famous actors, artists, athletes or musicians. All the things parents hope for their children.

As do most parents, we sacrificed time, energy and money to help our children achieve their dreams.

As a lifelong reporter, I looked at them and saw unfolding stories, waiting to be told.

Would they make headlines for academic or athletic triumphs? Would they face personal trials and challenges they must overcome? Would they be scarred by events I might not even imagine? Of course the answer to each question is yes.

That’s the funny thing about parents and kids. Hard as we try, we can’t anticipate every stumble they might take or protect them from every arrow headed their direction.

Nor can we force them to become what we want them to be. As much as we teach and mold and push them, kids have a funny way of deciding for themselves the direction they want to go.

As parents, we end up following. And it can be uncomfortable, after 18 years or so of leading, setting examples, preaching, cajoling and exhorting them. In the end, they go off on their own and we can only tag along for the ride.

All three of my children are far different from the people I imagined when I first held them in my arms as babies. They look and think for themselves. I give my best advice but they make their own decisions.

It’s scary stuff. Sometimes frustrating. Always exciting. And I wouldn’t have missed their journeys for anything in the world.

Even if I am only along for the ride.