The irony hit me instantly when I read the news that journalists were celebrating the 76th anniversary of “National Newspaper Week” starting Oct. 2.

You might think I’d be celebrating with the rest of my colleagues. After all, I’ve been a professional newspaper writer and editor, even an owner, for 35 of those years.

Add another four years for my work in college writing for student newspapers, serving internships and stringing for newspapers around Kansas.

My tenure in the business approaches 45 years when I include all my time delivering my hometown Kansas City Kansan during grade school and high school.

Each day for several years, I walked up and down neighborhood streets with canvas bags slung over each shoulder and a mouth stuffed full of rubber bands. I’d methodically fold and roll a paper and spit out a band that I’d quickly wrap around the paper two or three times, depending if there were thick grocery ads inserted. Then I’d whip the paper on somebody’s porch, strolling along.

My brothers and I threw about 300 papers a day, at our peak. Rain, snow or sunshine, we’d be out there. We’d come back by once a month to collect, tearing little receipts from a leather-bound book that included the name and address of each customer on individual sheets.

Early on I learned about good customer service, earning tips for getting the paper on the porch. And I learned about rotten customers who avoided paying, refusing to answer the door when I knocked, yet were the first to complain when you stopped throwing their paper.

And I learned it hurt when a rubber band broke in the winter and snapped your fingers. Dog bites hurt worse and I carried the scars for years.

Anyway, the news release from the Colorado Press Association about this year’s celebration of newspaper week hit me hard because this likely is the end of my career in the newspaper business.

As you know, I sold my newspaper empire a few weeks ago and I’m likely leaving the business I love. There just aren’t many opportunities around. And I am not willing to relocate or commute.

It’s kind of a shock. Leaving newspapers was never a remote possibility in my mind. Even as my colleagues suffered layoffs and desks around me in the newsroom emptied, for some reason I always thought I was a lifer.

“I figured someone would always want to buy my words.”

I figured someone would always want to buy my words. I figured there would always be a market for someone interested in telling the extraordinary stories of ordinary people, in standing up to bullies in government or in their neighborhoods, in giving a voice to those in need whether for affordable housing or equal rights or simply an attaboy for a job well done.

But just because I’m leaving the business doesn’t mean I’ve given up on newspapers or I’m any less enthusiastic about the work newspapers do or their value to society. Quite the opposite.

We need newspapers, whether they are physical papers or digital varieties, now more than ever before. Especially local papers. Hyper-local.

I’m proud of my brief time owning and editing The Tri-Lakes Tribune and the Pikes Peak Courier.

What might downtown Monument be like today, just 14 months after we took over, if we hadn’t told you exactly what a methadone clinic/dispensary was all about or revealed the checkered regulatory track record of the Florida company that wanted to open one in a residential neighborhood from Limbach Park?

Think of the people we introduced you to like Julie Bloom, who has dedicated her life to helping victims of ALS and their families. Or the inspiring stories of the people like Susan Pappas who turned her grief over the death of her son, Ryan, into a passion for protecting other children by creating a foundation that organizes Friday night safe and sober events.

I think of the important public debate we hosted in Teller County after we reported on secret Woodland Park City Council meetings where elected officials wrongly decided, in private, to move the Woodland Aquatic Center from downtown to school district property near the high school.

We served readers by fully reporting the outrage of then-Councilman Phil Mella when he accused his colleagues of violating the Open Meetings law and his eloquent warning about the danger of betraying voters’ trust.

Without the Courier’s reporting, I believe the city would have signed a horribly lopsided contract with the school district. Instead, I encouraged experts in our community to explain, unemotionally, why the contract was one-sided in favor of the school district and needed to be rewritten to balance the rights of taxpayers.

Newspapers enrich our lives in many ways, far beyond the headlines on the front pages. But those headlines are a pretty good start. The stories explain, in depth, complicated issues like water rates and tap fees and radium in a way few radio or television reports ever do. If, that is, they bother to venture into the boondocks outside the big city at all.

We alerted you to community concerns and conversations about threats to security at our school districts, of suicide clusters in our schools and advice to combat the tragedies, of crises with drug-rehab facilities in our neighborhoods, or the rising threat of heroin in our community, and the comings and goings of businesses.

And we gave you a voice in those conversations, in letters to the editor and as guest columnists.

Sure newspapers are struggling to find their place in a digital world. But I’m confident they will adapt. And I do believe there are still plenty of reasons to celebrate newspapers.

Even if I’m not a newspaperman any longer. 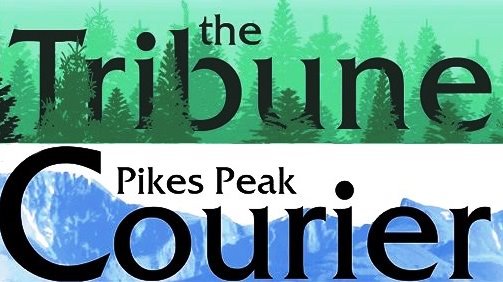